UF Health East, under construction at J. Turner Butler Boulevard and Kernan Boulevard, is a multispecialty center on the second floor of a three-story facility in collaboration with Jax Spine & Pain Centers. UF Health East will serve the city’s Southeast quadrant, including the Beaches. The building also features a 24,000-square-foot free-standing ambulatory surgery center, which will be Jacksonville’s largest.

The medical office space on the second floor includes 15,000 square feet with 41 exam rooms. This practice is built for improved efficiency and experience not only for patients but also for our physicians and staff. Most of the practices opening at UF Health East are moving from Building One at UF Health Emerson Medical Plaza, and in addition to pre- and post-op consultations, office appointments will be available for gastroenterology, neurology and neurosurgery, orthopedics and podiatry, obstetrics and gynecology, oral and maxillofacial surgery, plastic and reconstructive surgery, and vascular surgery.

The building features a 24,000-square-foot free-standing ambulatory surgery center, which will be Jacksonville’s largest.

UF Health East is slated to open by fall 2022. In the meantime, construction is in progress and logistics with terms contracts and staffing are being finalized.

I want to thank everyone who has made this project a priority. UF Health East is one of the many growth projects for our enterprise, and it is an exciting time for our organization. We hope the location and the clinical services offered will help patients receive the care they need in a convenient manner. 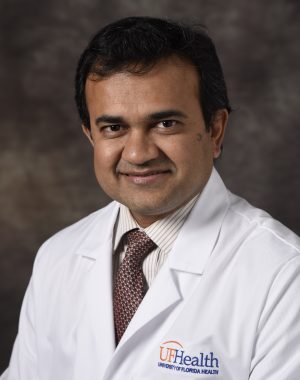 Kadambi came to Jacksonville from the University of Arizona, where he was medical director of solid organ transplantation, overseeing all transplant programs at the university. A professor of medicine, Kadambi served as the chief clinical affairs officer of the Banner – University Medical Group, the physician leader of a medical group of more than 600 physicians which was created from a partnership between University of Arizona and Banner Health. He previously served as chief of nephrology.

While COVID-19 has become part of our everyday lives, we continue to do great work to move medicine forward.
By Linda Edwards, M.D. 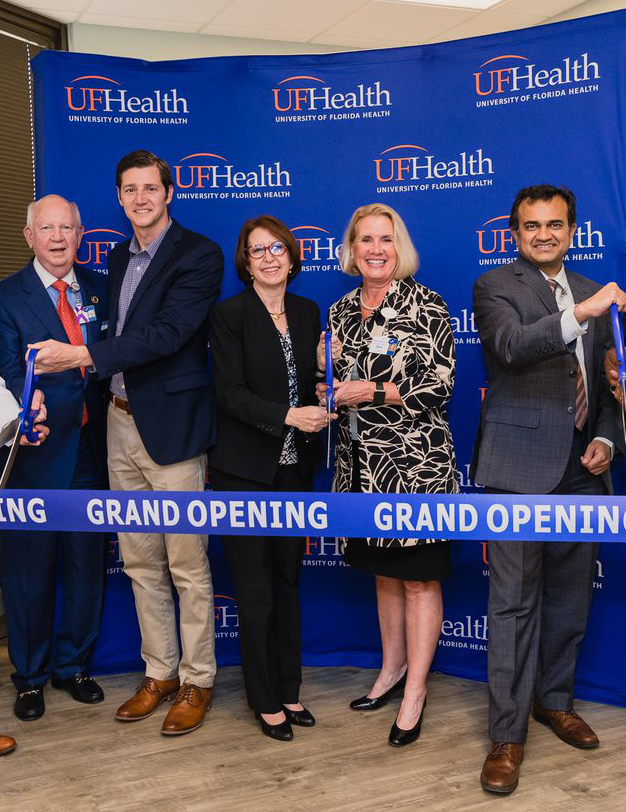