Addressing salary equity at an academic health center is critical to attracting and retaining talented faculty. Since 2010, the University of Florida College of Medicine – Jacksonville has been conducting periodic reviews of faculty compensation, with an aim to promote equitable practices.

A few months ago, the college contracted with an outside consultant to assess 2018 faculty compensation, with particular emphasis on gender, although ethnicity and other demographic identifiers were also included. The consultant used advanced statistical modeling to evaluate the compensation of 428 faculty members, accounting for numerous factors such as salary, total compensation, education, rank and years of service.

An independent consultant found that female faculty members were paid 92 cents per $1 paid to men at the University of Florida College of Medicine – Jacksonville.

A deeper dive into the data shows major differences among departments at the College of Medicine – Jacksonville. The consultant found that:

Differences in compensation may be due to a variety of factors, such as qualifications, experience and performance. Therefore, the college’s leadership is committed to regularly conducting detailed studies. This particular in-depth study is just one step and should not be considered a complete analysis of salary equity.

Future studies, for example, will include a more detailed analysis within departmental specialties and can incorporate productivity and time in rank. There can also be an in-depth analysis of compensation components such as fixed salaries, stipends, bonuses and incentive pay.

This particular in-depth study is just one step and should not be considered a complete analysis of salary equity.

Failing to create an equitable environment can hamper institutional success through retention and recruitment costs, as well as losses in clinical productivity. Moving forward, deans and department chairs will speak explicitly to faculty about the college’s ongoing efforts to promote equity in compensation. The aim is for faculty members to have a consistent understanding of compensation practices. Leadership is committed to placing salary equity as an institutional strategic priority as we pursue our vision to be the region’s most valued health care asset.

Visit this link to access a full report of the compensation study, which includes multiple charts and graphs.

Conde joined UF in 2006 as an assistant dean for administrative affairs and was promoted to associate dean in 2011. In 2015, he was additionally appointed assistant dean for faculty affairs. Prior to joining UF, Conde served in the U.S. Navy for 20 years, retiring as a medical services corps officer.

Conde holds a Master of Science degree in health services administration from Central Michigan University in Mt. Pleasant, Michigan, and is a fellow of the American Academy of Medical Administrators.

Programs and other resources abound for physicians eager to learn and grow.
By Colleen Kalynych, Ed.D. 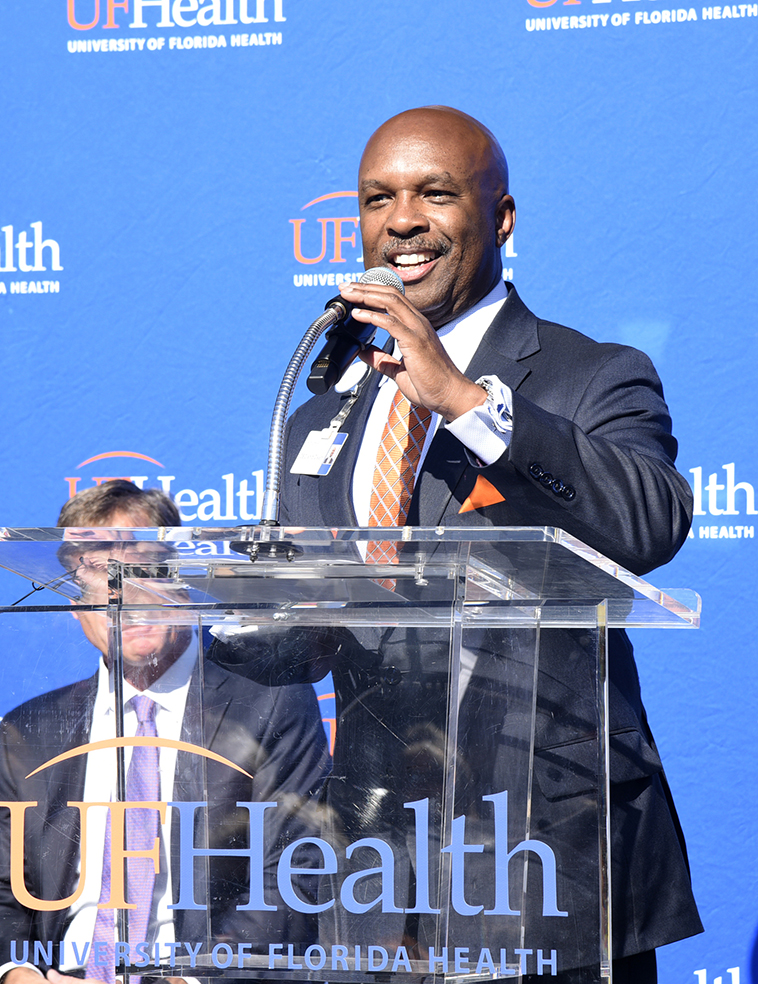