The promotion and tenure process is in mid-stream for this academic year. Seven faculty members submitted packets for promotion to professor and five for promotion to associate professor. The applications are now at the Academic Personnel Board stage. 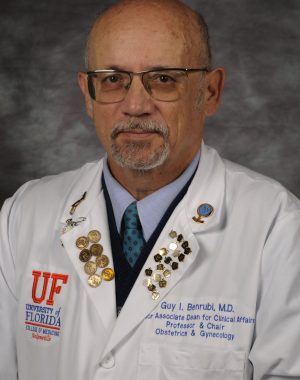 Guy Benrubi, M.D., FACOG,  is senior associate dean for faculty affairs at the University of Florida College of Medicine – Jacksonville and associate chief medical officer for UF Health Jacksonville. He is also the Robert J. Thompson, M.D., Professor of Obstetrics and Gynecology and chair of the department of obstetrics and gynecology.